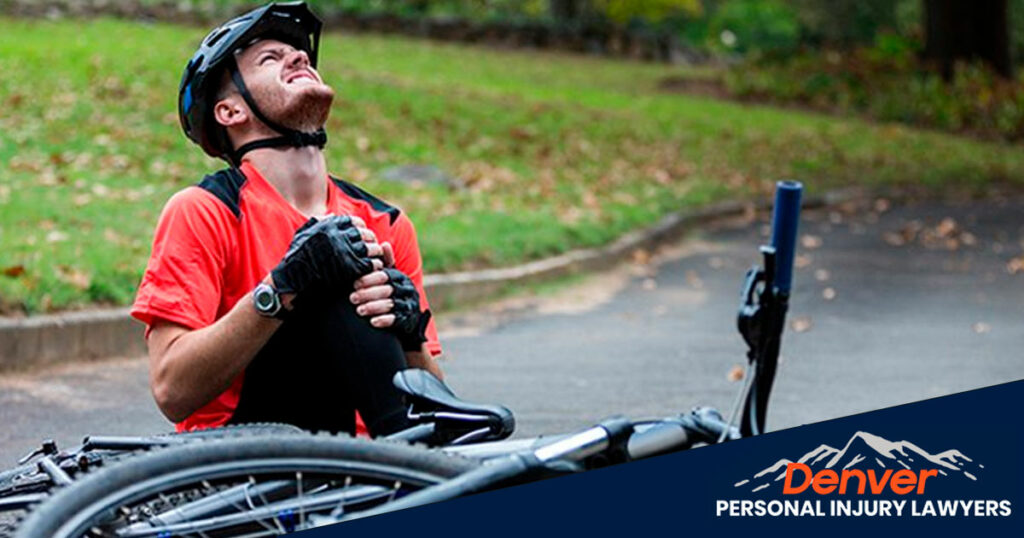 While thinking about bicycle safety may seem like a menial task, you could be doing yourself a favor by contemplate safety practices.

The increased opportunity for outdoor activities such as bicycling comes with the warm weather. But unfortunately, Colorado also sees a rise in accidents and severe injuries involving cyclists during the warmer months.

While thinking about bicycle safety may seem like a menial task, you could be doing yourself a favor by taking a little extra time to contemplate safety practices. But, of course, it’s always better to prevent accidents before they happen than deal with the aftermath.

Suppose you or a loved one has been a victim of a severe biking accident injury in Colorado. In that case, it may be in your best interest to contact a Denver personal injury lawyer. We can discuss the options you have for seeking compensation.

Cycling Accidents Are a Serious Threat

The sad reality is that roadways in the US can be hazardous for bicyclists. Many cities in the US experienced an overall increase in bicycle accidents during the pandemic shutdown.

A 2017 study released by researchers at SCSF reported that the medical costs of bicycle injuries to adults in the US over 17 years amounted to $237 billion. In addition, head injuries tended to be the most common injury seen with ER patients due to bicycle accidents.

The rate of bicycle injury accidents in Colorado may be one of the highest in the nation due to our strong affinity for outdoor recreational activities. No one plans on getting hit by a car while biking. But why does it happen so often? According to the Colorado Department of Transportation, Colorado has had:

There are prevention techniques like knowing how to share the road safely. However, it’s still important to educate yourself on the steps after a car hits you. If you have already been hit by a car while cycling, contact an experienced Denver bicycle accident attorney.

What Safety Measures Should You Take to Avoid Bicycle Accidents?

The first safety measure is to have your bike inspected and tuned up at least once a year. You want to ensure everything is working correctly. Equipment failure is often the cause of serious biking accidents. Next, remember to wear all appropriate safety gear. This includes:

It would help if you also educated yourself on the cycling laws in your jurisdiction or the area where you’ll be biking. Find out where the high-traffic streets are and where you can and cannot bike. Be sure to obey all regular traffic laws as well as special biking regulations.

Taking safety measures does not ensure that you will not be in an accident but can go a long way in helping to prevent them. As a bicyclist, you have as much responsibility to avoid accidents as motor vehicle operators. That said, bicycle and car collisions are often due to negligence or wrong-doing of the driver.

Biking accidents from a car colliding with a bike typically happen due to the driver being distracted. They may have been eating, texting, intoxicated, sleepy, or otherwise not paying attention to the road and, as a result, failed to see the cyclist coming. Unfortunately, it’s also possible for a driver to misjudge their distance from the bicyclist and accidentally hit the biker.

Sometimes a biker can collide with a stationary car. An example would be if a cyclist passed a vehicle when a passenger opened their door. The cyclist would clash with the door that was flung open. It’s such a common occurrence that it has a name (dooring).

What Happens if the Cyclist Is Partially at Fault?

Even if you, as the bicyclist, believe you may have some fault in the accident, do not admit guilt. Instead, consult with your Denver personal injury attorney before speaking to insurance companies. They will try to convince you that if you had any fault in the accident, you are not eligible to receive any form of compensation. This is not true.

Colorado follows modified comparative negligence rules. If you, as the cyclist, got hit by a negligent driver, even if you partly contributed to causing the accident, you can still be compensated for your injuries. However, the amount of money awarded to you will be reduced by the percentage of fault you had in the accident. Only if you are found to have more than 49% fault will you lose your entitlement to compensation.

See It Through With an Experienced Denver Personal Injury Lawyer

Colorado has laws to protect you if you’ve been injured in a bicycle accident due to someone else’s negligence. However, working with a competent, seasoned lawyer can ultimately spell the difference between the success or failure of your case. You’ll most likely find yourself up against insurance adjusters trained to minimize your claim. Furthermore, with the stress of injuries and financial hardships, an inadequate or inexperienced lawyer will only add to your frustration.

Anyone who has suffered injuries from a vehicle collision while riding their bike should consult with a Denver personal injury attorney right away. A good attorney will have your best interests in mind every step of the way and fully understand the legal issues involved. However, do not make the false assumption that all personal injury lawyers are of equal caliber. Instead, do your research and ask the right questions to ensure you make an informed decision and find the best attorney for your case.

Call us today for a free initial consultation. We will happily discuss your legal rights and fight to win you the total compensation you deserve.