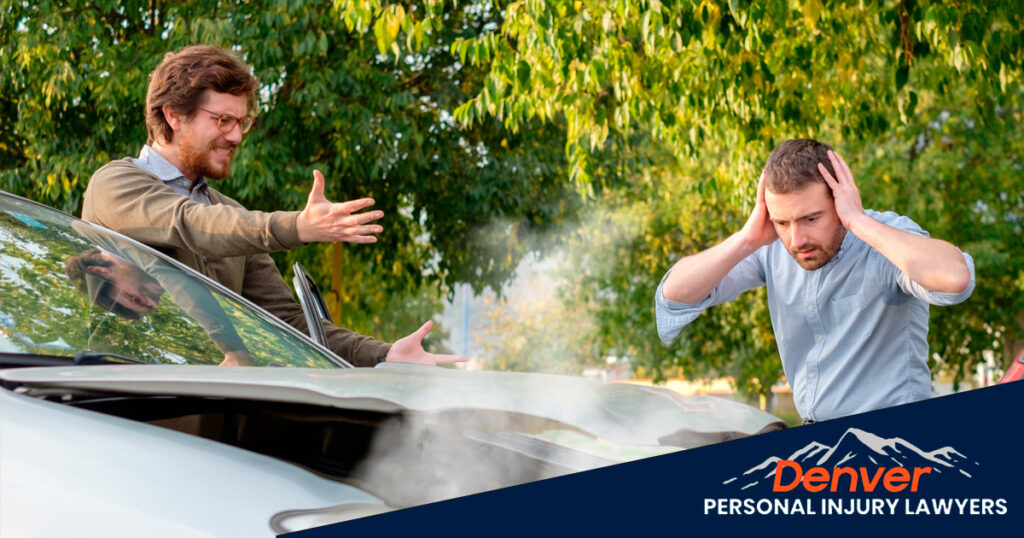 In order to decide who will be responsible for paying expenses or damages from the crash, we first need to determine who is at fault.

Accidents can happen to virtually anyone who decides to get in a car. While some accidents are completely unavoidable, there’s usually someone at fault for the accident. Determining which party is responsible is necessary to compensate the victim adequately. In order to decide who will be responsible for paying medical expenses, lost wages, pain, suffering, or other damages from the crash, we first need to determine who is at fault.

People often make the mistake of assuming that car wrecks are black and white. If one person is at fault, the other person must automatically be the victim, right? Unfortunately, this is not necessarily the case. For example, let’s consider a scenario where one driver was speeding, and another was texting while driving, and they got into a collision. Since both parties were negligent, who is at fault? Or perhaps you have an instance of two cars running stop signs. How would you determine fault in that instance? We determine the percentage of negligence each party contributed to the accident. This will ultimately affect how much the plaintiff can seek compensation for in their car accident claim.

When liability is a matter of dispute or percentage of liability, many cases can still settle without having to go to court. If, however, a liability dispute case does go to trial, the jury will be responsible for assigning liability. They will deliberate on what percentage of liability each party contributed. For example, a plaintiff who is deemed 49% vs. 50% liable for a case will drastically change the outcome in Colorado. This is due to the fact that Colorado is a modified comparative negligence state.

In states other than Colorado, they have what is known as contributory negligence laws. With contributory negligence, if the plaintiff is deemed to have any fault at all for the accident, they may not recover any damages whatsoever. Even if they contributed a mere 1% of the blame, they are prohibited from seeking any compensation from the defendant.

Modified comparative negligence in Colorado is a system to figure out to what degree each party is at fault. This will ultimately help determine the amount of damages each party can claim.

Earlier, we explained that in Colorado, the outcome for a plaintiff is considerably different for having 49% liability versus 50% liability. This is because Colorado implements a modified comparative negligence rule. Under modified comparative negligence law in Colorado, the plaintiff’s recoverable damages get reduced by their percentage of negligence in the accident. However, if their fault is greater than or equal to the defendant(s), they cannot seek any compensation.

The jury will ultimately decide on the percentage of fault each party is responsible for. After the fault is determined, the jury will adjust the damages awarded. First, however, the plaintiff’s responsibility in causing the accident must be defined, then deducted from their award.

To paint a picture, imagine a person (A) is 52 percent responsible for causing an accident with driver B. This means driver B is 48 percent liable, and driver A only contributed 4 percent more responsibility to causing the accident. Even though drivers A and B had nearly equal responsibility, since driver A still had more fault in causing the accident, driver A cannot recover any damages from driver B. Even if driver A sustained injuries and they were 48 percent the fault of driver B, they still could not recover damages.

The more parties involved, the more complicated the case can get. However, as long as the plaintiff’s negligence is less than the defendant’s, they can recover damages.

How Do I Prove Who Was Responsible for the Accident?

If you want to avoid the jury reducing your award, you need to be able to prove that the other party was responsible, or more accountable, for the accident.

An experienced Denver personal injury attorney can help you prove the liability of the other party by using evidence to establish:

The best way to ensure you get the total damage award you deserve is to prove that the other party caused the accident.

Car accidents can happen to anyone, and determining liability is not always straightforward. Our experienced attorneys make it a priority to help car accident injury victims recover from the accident and move forward with their lives.

If you’ve sustained injuries in a car accident due to someone else’s negligence, contact a skilled car accident injury attorney now to schedule your consultation. We will fight for your rights and help you win the maximum compensation you deserve. Contact us today for a free initial consultation.