Home » Should You File An Insurance Claim For A Dog Bite?

Should You File An Insurance Claim For A Dog Bite?
FREE CONSULTATION 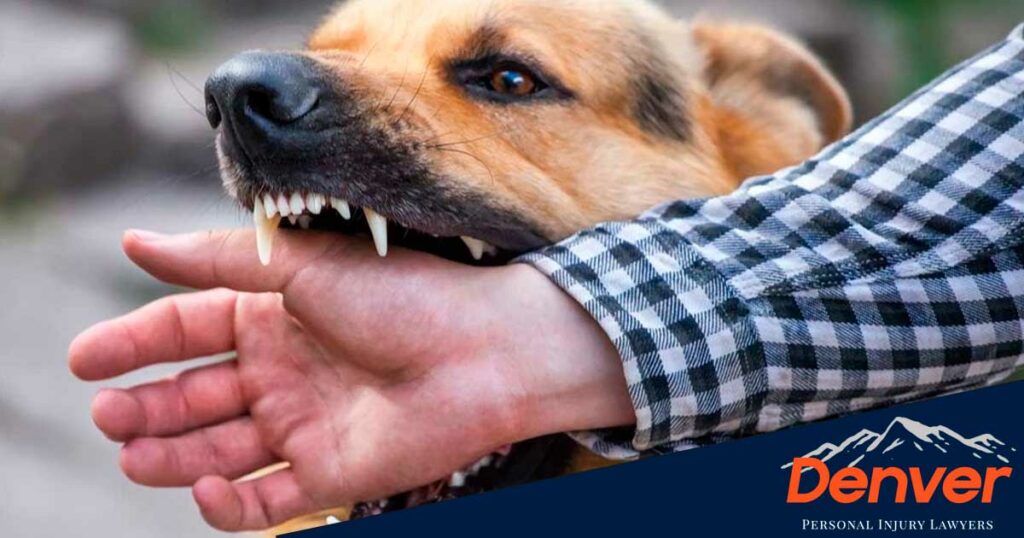 Should You File An Insurance Claim For A Dog Bite?

This article will discuss some of the Colorado laws surrounding dog bites, whether or not you might wish to file an insurance claim, and why you should hire a dog bite attorney.

Dog bites are probably among the most common and most significant types of personal injury cases that people in every demographic could be subject to. Dog bites make up a substantial percentage of claims made under homeowners insurance policies across the nation. No matter what the circumstances are surrounding a dog bite case, it can be a traumatic experience for anyone to undergo. It’s important to remember that even if you believe you may be at fault for getting a dog bite or sustaining an injury from a dog, you should avoid claiming liability. It’s critical not to admit fault to the dog owner’s insurance company, the dog owner, the property owner, or the other person’s attorney. Read on to find out if it’s worth it for you to file an insurance claim for a dog bite.

What Is the Process for a Dog Bite Insurance Claim?

Any homeowner will typically purchase homeowners insurance. If that homeowner has a pet, dog bite protection is also provided under their homeowner’s insurance. It is the responsibility of the insurance policyholder to disclose their pet and breed to the insurance company. As part of the homeowner’s coverage, most incidents where their dog bites another person will have liability coverage.

What Is the Average Compensation for a Dog Bite?

Here are some facts from Insurance Information Institute regarding homeowner’s insurance liability claims:

What Should I Do After Being Bit by a Dog?

Your main priority should be to get to a safe place after you’ve been bit by a dog. If the owner is present, it’s their responsibility to restrain their animal. If a stray or unattended dog has bitten you, do the best you can to get away from it. Or you or someone else who feels comfortable doing so can restrain the animal. If the dog is restrained, that is a good time to test for rabies and keep it from attacking anyone else.

Is It Worth Suing for a Dog Bite?

It may be difficult for the victim of a dog bite to come to an immediate decision to sue the dog’s owner for compensation. If the dog bite is severe, you’ve most likely sustained serious damages like medical bills, lost or reduced wages, and possibly even scarring or disfigurement. In these cases, you may have legal recourse.

There’s a good possibility that the victim of the dog bite won’t need to file a lawsuit against the dog’s owner to recover damages. Instead, their attorney will provide legal advocacy in pursuing a legal claim against the dog owner’s insurance company. As explained earlier, most dog bite incidents will be covered under homeowners’ insurance policies.

While most dog bite claims get settled in court, you may need to file a lawsuit if you and your attorney are not able to reach a fair settlement agreement with the insurance company. If you decide to pursue legal action against the dog’s owner, it will be imperative to have an attorney who is experienced and qualified to take your case to trial.

Can I Claim Compensation for a Dog Bite?

The rights of a victim of a dog bite or animal attack will vary depending on which state they live in. Most states have laws that protect dog bite victims and give the option to sue the owner of the dog if they suffered harm from an animal.

Here are a few exceptions to the victim being allowed to pursue legal claims against the dog owner:

If you have sufficient evidence to prove that the dog owner is liable for the attack and the injuries you received from their animal, your attorney may be able to reach a settlement offer outside of court. This means you may not have to actually go to trial. There are several different factors that need to be taken into account when valuing your settlement offer amount. For example, if your child was the victim of the dog bite, that may warrant a higher settlement amount. This is because a child is smaller in size and age and thus more likely to have significant injuries and lasting emotional trauma.

To see if you can make a claim to receive compensation for a dog bite, get in touch with a dog bite attorney today for a legal consultation.

Get Directions
Menu
© 2022 Denver Personal Injury Lawyers – All Rights Reserved
Practice Areas
Attorneys
Breaking News
[01-31-23] 2 Dead After a Two-Vehicle Crash in Southeast Denver
[01-30-23] 4 People Hospitalized in 10-Vehicle Crash on I-25
[01-26-23] Driver Runs After 2 Pinned Between Vehicle, Bus Stop in Aurora
Legal Blog
Wrong-Way Crashes Are Likely to Cause Severe Injuries
Should I Get a Lawyer for a Car Accident That Wasn’t My Fault?
Can I Get Reimbursed For Lost Wages After a Car Accident?
Denver Personal Injury Lawyers