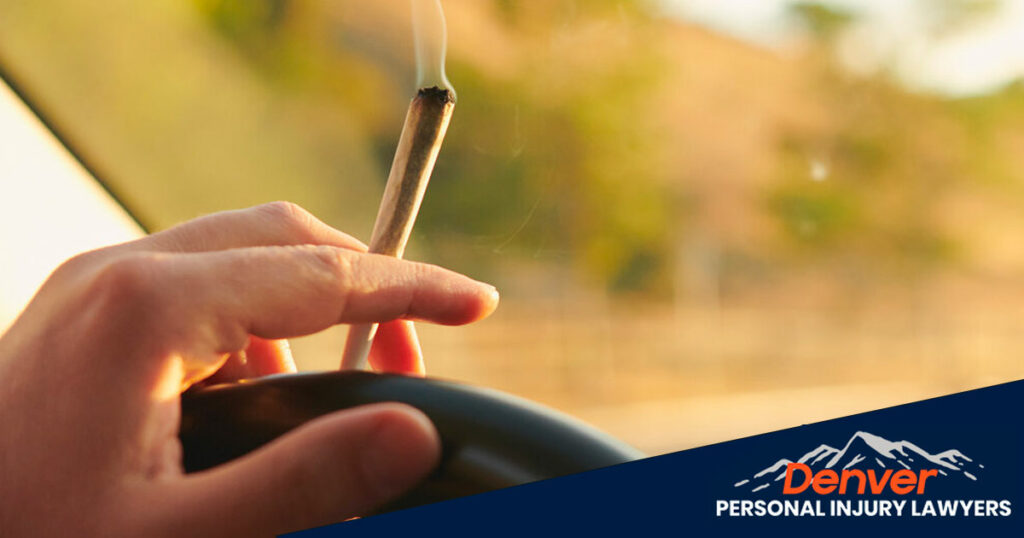 Would you want a paramedic who is high on marijuana treating you for injuries? Or a high babysitter watching your children? Probably not.

Would you want a paramedic who is high on marijuana treating you for injuries? Or a high babysitter watching your children? Probably not. Yet people still drive while high under the influence of marijuana, despite the fact that it can have serious consequences.

Marijuana is a drug that changes how you feel and act. That’s the purpose of the drug, to alter your consciousness. That means you will also drive differently under the influence of marijuana. Driving after marijuana use is generally not a good idea.

According to research from Boston Medical Center, the percentage of car crash deaths in the US involving cannabis has doubled from 2000 to 2018. Their research also shows that people involved in car crashes involving marijuana are also 50% more likely to involve alcohol.

Car accidents involving alcohol have remained relatively constant over the past two decades. Meanwhile, those involving other substances, particularly marijuana, have increased. Yet, the rise in accidents involving marijuana has been given little attention, despite the clear connection between alcohol and marijuana use. A recent study conducted by US News found that Colorado has had the highest increase in crash rates since the legalization of marijuana.

Driving Under the Influence of Marijuana

One issue regarding driving under the influence of marijuana is that many experts disagree. Assessments are also inconsistent; while some studies base correlation on the presence of THC in the blood or urine, others focus on how smoking marijuana impacts driving. Despite the variation in study findings, one thing is for sure – marijuana impairs the user. Specifically, it can induce slowed response times, which can be fatal if someone is driving after marijuana use.

A National Highway Traffic Safety Administration (NHTSA) Drug and Alcohol Crash Risk Study found that the increased risk of traffic accidents associated with marijuana drastically decreased when researchers controlled for other factors like age and alcohol use.

Colorado’s Department of Transportation has launched a campaign that’s meant to shift Coloradans’ views on cannabis-impaired driving. The campaign said, “If a surgeon being high in the operating room makes you uncomfortable, you shouldn’t consider driving impaired on marijuana or other drugs — the consequences are just as serious.” (CDOT). Some of the campaign’s other slogans include:

The campaign aims to raise awareness of the critical abilities needed to drive safely and reduce marijuana-related accidents and fatalities in Colorado. They want to establish a stigma around driving high, comparing it to letting a friend drive drunk.

The Insurance Institute for Highway Safety has conducted studies on car accident rates following the legalization of marijuana. They found that the rate of crashes with injuries has increased by 6%. In addition, fatal car crashes have increased by 4%. In states where localities did not yet legalize marijuana, no increase in crashes was observed.

The study looked at five states where marijuana is legal for recreational use, including Colorado, Washington, Oregon, California, and Nevada. They then compared those states with states that have not legalized recreational marijuana use (Arizona, Idaho, Montana, New Mexico, Utah, and Wyoming).

They found that after the legalization of marijuana, car crash rates increased by 7%. Additionally, the rate of fatal crashes rose 2% after the legalization of marijuana. Colorado had the highest increase in crashes (18%), followed by California (6%). Furthermore, Colorado is the only state that saw an increase in fatal crashes (1%) after the start of retail sales. Other states like Oregon and Washington saw declines in fatal car crashes after marijuana hit retail shelves.

These results are consistent with prior studies, confirming that a clear cost comes with the legalization of marijuana. While marijuana legalization is still somewhat of a novelty, there is hope that the early trends can take a turn for the better.

Researchers and experts note that there are ways to help prevent the consequences of driving while high. Specifically, proper education and enforcement strategies can help avoid increasing marijuana-related crashes.

Driving Under the Influence of Marijuana Is Illegal in Colorado

Even though marijuana is legal in Colorado, driving while high is against the law and is considered a prosecutable offense. Under Colorado law, drivers with a THC concentration of 5ng/ml (active THC in the blood) can face DUI charges. Since police officers cannot perform a roadside blood test, they can arrest based on the observed impairment of the driver.

Colorado also enforces a “no open container” policy. Drivers and passengers are prohibited from opening or using marijuana packaging while in a vehicle. The no open container applies even if the vehicle is stationary.

You may face traffic charges if a marijuana packaging seal is broken and there is evidence the product was consumed in the car.

Even if you have a medical marijuana use license, you are not legally permitted to drive under the influence. A DUI in Colorado can result in jail time and cost thousands of dollars.

What if I Was Injured by Someone Operating Under the Influence of Marijuana?

If you were injured by someone under the influence of marijuana in Colorado, you should consult an attorney. First, you may need to present scientific evidence that the driver was impaired when the accident occurred. Then, you will need to prove that the driver’s impairment caused or contributed to the crash and resulting injuries.

However, obtaining evidence that the other driver was under the influence is not always possible. In that case, your attorney may be able to help you prove that the other driver violated specific safety-related traffic laws. In that case, they would be found negligent “per se.” In other words, if you can prove they were driving under the influence, that alone could be considered negligence.

Your best source of information for your personal injury claim is an experienced Denver car accident attorney. They can advise you on what kind of evidence you will need and what you can expect in terms of damages.

If you sustained injuries from a negligent driver under the influence of marijuana or another substance, speak with a knowledgeable Denver personal injury lawyer.

Contact us to schedule your free, no-obligation consultation, or call (720)500-HURT. We have the experience, resources, and connections to pursue even the most complex personal injury claims.