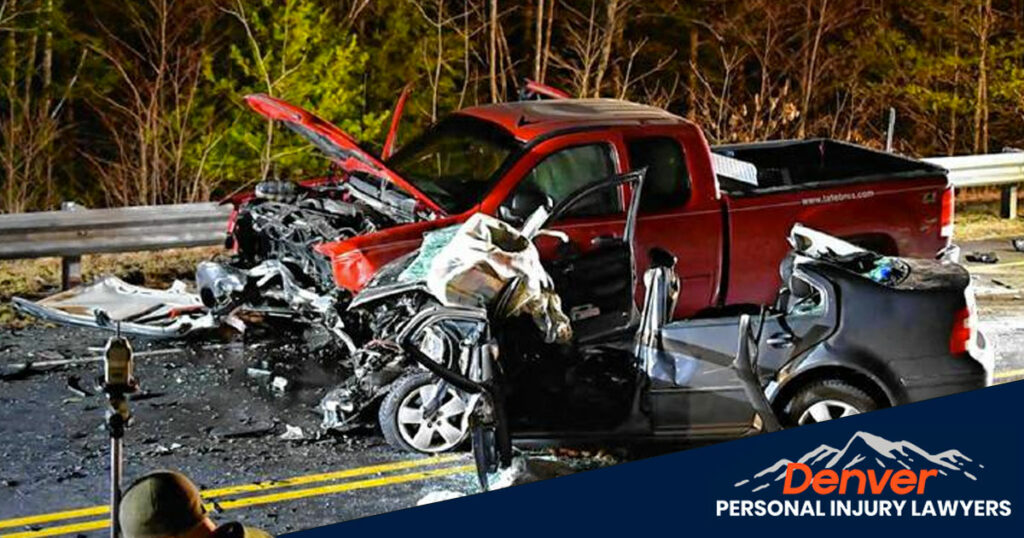 Motor vehicle collisions are one of the leading causes of injury and death worldwide. The experience of a car accident can be terrifying.

Motor vehicle collisions are one of the leading causes of injury and death worldwide. The experience of a car accident can be terrifying. What’s more, it can leave a person with devastating, sometimes catastrophic, or even fatal injuries.

If you have been injured in a car accident or lost a loved one to a traffic fatality caused by someone else’s negligence, contact a Denver car accident lawyer immediately. Before you speak to an insurance adjuster or investigator, consult with your attorney. An attorney will have your best interests in mind and can handle your case so that you get the full settlement you deserve.

Read on to learn more about recent traffic fatalities in Colorado and why it’s essential to seek legal counsel afterward.

The Pontiac driver then crashed into the Subaru, after which the Subaru driver was pronounced dead. The driver and passenger of the Pontiac were taken to the hospital for non-fatal injuries.

Traffic Fatalities continue to happen year after year in Colorado. According to the Denver Police Department, Denver observed 84 traffic-related deaths in 2021. That makes it the deadliest year in the past 20 years.

According to data collected by Denver Streets Partnership, there have been 399 traffic fatalities in Denver since February 2016. In addition, the Denver Police Department had released a report showing that in 2010, the total count was 42, exactly half of 2021’s number. In 2019, the decade finished with 71 deaths, which was still fewer than in 2021 alone.

Here is a count of traffic fatalities by month, according to the Denver Police Department

Two fatalities occurred on April 1st, one a hit-and-run crash involving two automobiles near the Martin Luther King Jr. Blvd. and Colorado blvd intersection. The other occurred near Speer Boulevard and Broadway and involved a collision between a motorist and a pedestrian.

So far, of the seventeen car accidents in Denver in 2022, seven have resulted in pending or pressed criminal charges. Of those seven charges, two cases were classified as hit-and-runs. While most of the accidents were incidents of a single car or multiple car crashes, five accidents involved a pedestrian.

Denver Vision Zero is a Denver city initiative to reach zero traffic-related deaths and serious injuries in Denver by 2030. Here are some facts about Denver traffic fatalities according to Denver Vision Zero:

Sadly, with the high number of traffic fatalities in 2021 and the rate at which they are occurring in 2022, Denver is nowhere near its goal.

Denver’s Department of Transportation is calling for change that will reduce dependency on car travel, such as:

Last year in 2021, the Denver City Council approved lowering the city’s speed limit to 20 mph on thousands of residential streets.

The alarming rate of traffic deaths is not unique to Colorado. The US hit a 16-year high in 2021, with an estimated 42,915 people dying on the roads of America.

According to the National Highway Traffic Safety Administration report, there was a 10.5% increase in traffic fatalities from 2020 to 2021. In 2020, 38,824 traffic deaths were reported in the US.

Get Legal Help for Your Car Accident Injuries

If you sustained injuries in a car accident or a pedestrian accident that someone else caused, you have a right to seek compensation. In addition, if you lost your loved one to a traffic fatality, you can file a wrongful death suit. Contact an experienced Denver car accident attorney today to discuss your case details.

Anyone who is on the roads is subject to a car accident. Unfortunately, the statistics show that car accidents in the US and Colorado continue to become more severe, even deadly.

If you sustained injuries or lost a loved one to a fatal car accident, your best course is to hire a car accident lawyer with the knowledge and experience to guide you through the process. An experienced Denver Car Accident Lawyer can help you get the maximum compensation you deserve.

It may feel like your life has been turned upside down after an unexpected tragedy that leaves you with injuries, medical bills, stress, and more – even more so if you lost a loved one to a fatal car crash. However, you don’t have to deal with such a traumatic experience alone.

Our Denver car accident lawyers have handled countless cases and helped victims recover compensation after car accidents. Furthermore, we have represented clients with numerous wrongful death cases. We take a personalized approach to every client, which allows us to provide direct and tailored support. In addition, we will fight tirelessly to ensure you get a fair settlement. Call us today for a free consultation.

Get Directions
Menu
© 2022 Denver Personal Injury Lawyers – All Rights Reserved
Practice Areas
Attorneys
Breaking News
[01-30-23] 2 Dead After a Two-Vehicle Crash in Southeast Denver
[01-30-23] 4 People Hospitalized in 10-Vehicle Crash on I-25
[01-26-23] Driver Runs After 2 Pinned Between Vehicle, Bus Stop in Aurora
Legal Blog
Wrong-Way Crashes Are Likely to Cause Severe Injuries
Should I Get a Lawyer for a Car Accident That Wasn’t My Fault?
Can I Get Reimbursed For Lost Wages After a Car Accident?
Denver Personal Injury Lawyers