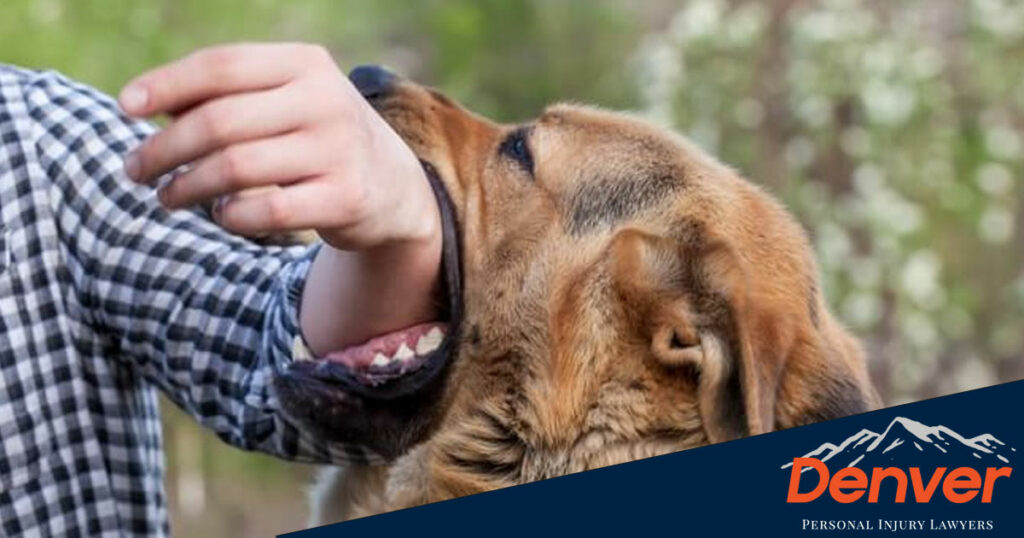 If you've been attacked by a dog or an animal, then a Broomfield Dog Bites and Animal Attacks attorney can help you gain compensation.

We know that dog bites can be both life-changing and traumatic. If someone fails to control their dog, then you shouldn’t have to pay the bill for your damages. The irresponsible owner should be held accountable.

Why Hire a Broomfield Dog Bites and Animal Attacks Attorney?

If you’ve been bitten by a dog or attacked by an animal in Broomfield, you likely have racked up an expensive bill that will continue to grow. You also may be struggling to live your life as normal.

It’s important to know if someone failed to control their dog, then you may be entitled to financial compensation through a personal injury claim or lawsuit. However, these legal processes are complicated and fragile.

Insurance companies and opposing lawyers are notorious for bullying victims into low-ball offers and denying claims. That’s where we can help.

Our Broomfield dog bites and animal attack attorneys will prepare a claim with the legal expertise and resources to aggressively fight insurance companies and defense lawyers to prove you deserve the maximum payout for your suffering.

Our Broomfield dog bites and animal attack attorneys will also manage all communication with the relevant parties, ensure your case meets all deadlines and gather all the supporting evidence for your case.

To win damages from another party for a personal injury claim, the dog owner must be found liable.

Colorado imposes a strict liability law upon dog owners for dog bites. If a victim suffers a serious bodily injury, the owner may have to pay full damages. They may also be liable for lesser injuries, if their control of their animal was deemed negligent.

There are also various Broomfield dog laws that a dog owner must follow, which if breached could be negligence and make them liable.

Our Broomfield dog bite and animal attack attorneys can help you prepare a case that proves the other party was liable for your injuries, so you can receive the money you deserve.

Colorado dog owners previously could avoid liability thanks to the ‘First Bite’ law. This law allowed owners to claim that there was no indication the dog had violent tendencies.

However, in 2005 this statute was repealed. Now, dog owners assume liability regardless of the dog’s previous history – if the dog causes serious injury or death to another person.

If a dog bite in Broomfield results in serious injuries, strict liability rules will apply (if the victim was lawfully on the dog owner’s property or in a public place). In addition to strict liability, serious dog bites can also fall under premises liability and/or negligence law.

Serious bodily injuries may include:

Severity of Dog Bites in Broomfield

The city of Broomfield categorizes dog bites into 4 categories:

Non-serious dog bite injuries can still have a devastating impact on the victim. These incidents typically fall under premises liability and/or negligence law. In these cases, you must prove that the owner failed to show reasonable care and attention to control their dog.

Dog owners may avoid liability if:

In Colorado, dog laws are generally determined by the individual municipality. So the level of control a dog owner must have will vary depending on where you live in Broomfield. But in general, a dog owner must follow the following Colorado dog laws:

What Damages Could I Win For My Broomfield Dog Bite?

What Should I Do If a Dog in Broomfield Bites Me?

What If I Don’t Know Who Owns The Animal?

If you’ve been injured by a stray animal or you’re unsure who the owner is, we advise you to report the event to animal control. They will attempt to locate the dog and its owner.

There is a strong chance the animal owner has breached their responsibilities and is liable for your injuries.

With a combination of a proven track record, impressive financial resources, esteemed legal reputation and a compassionate approach, we believe there is no better Denver personal injury attorney team than us.