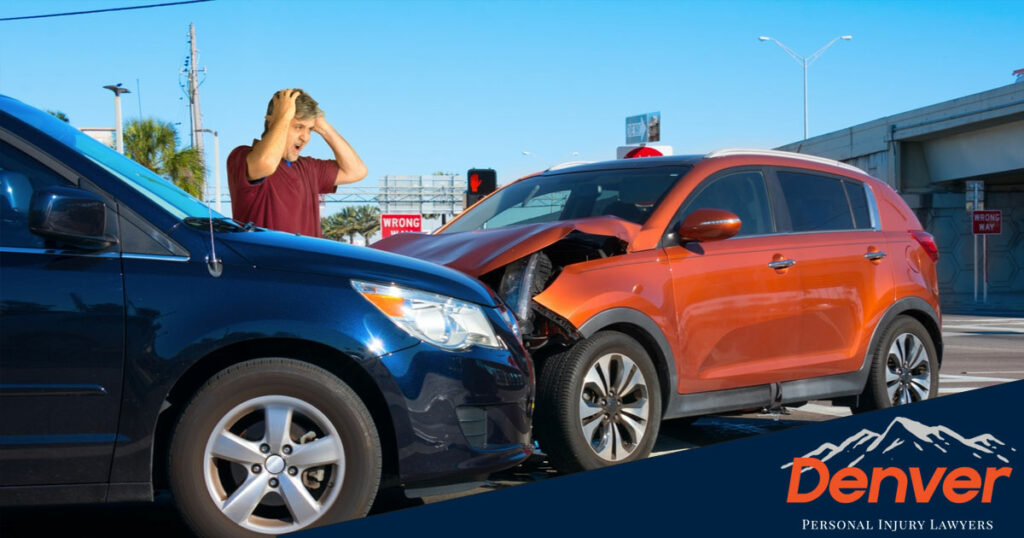 If you were in a car accident at an intersection, our Denver Intersection Accident Attorney can help you receive the financial compensation you deserve.

If you have been involved in an intersection accident, Denver intersection accident attorneys are here to help you fight for your rights and claim fair compensation for you or your loved one’s injuries. Denver is a growing destination city that attracts people from all over the world to come – to live, play, work, and travel. Part of regular life for Denver residents and visitors alike is approaching busy intersections. Unfortunately, the congestion of the streets of Denver also makes certain streets, especially at intersections, more accident-prone. Intersection accidents are not limited to just motor vehicles, but can also involve cyclists and pedestrians who end up injured. Have you or someone close to you been involved in a vehicle collision at an intersection? If so, you are entitled to compensation for your injuries.

What Is an Intersection Accident?

Opposing roads and multiple directions of traffic converging make the many intersections of Denver popular car accident sites. An intersection accident is an incident that happens at traffic crossroads like exit ramps, intersections, and driveways as a result of poor driving behaviors.

The most common injuries from intersection accidents are those that come as a result of “angle crashes”, also known as T-bone crashes. Statistically speaking, side-impact car accidents at intersections commonly have the most severe injury outcomes because of the proximity of impact to the driver or passenger side, rather than the front of the car. As mentioned before, those involved in intersection car accidents (drivers, cyclists, and or pedestrians) can suffer from any number of injuries. Possible damage can include:

What Is the Leading Cause of Intersection Accidents?

Although these are all factors that can be causes for intersection accidents, most are by and large due to poor driving practices, or negligent driving. Speeding or distractions while driving are not only an endangerment to the lives and safety of others, but from a legal standpoint can be classified as negligent. Common driving errors that lead to intersection accidents include:

The following driving mistakes are even more dangerous behaviors and can be classified as negligent, and could potentially result in intersection accidents:

Where are the Most Dangerous Intersections in Denver?

The Denver Metropolitan area is among the fastest-growing areas in the US since the 1930s, currently holding space for a population of more than three million people.

With a combination of a proven track record, impressive financial resources, esteemed legal reputation and a compassionate approach, we believe there is no better Denver intersection accident attorney team than us.