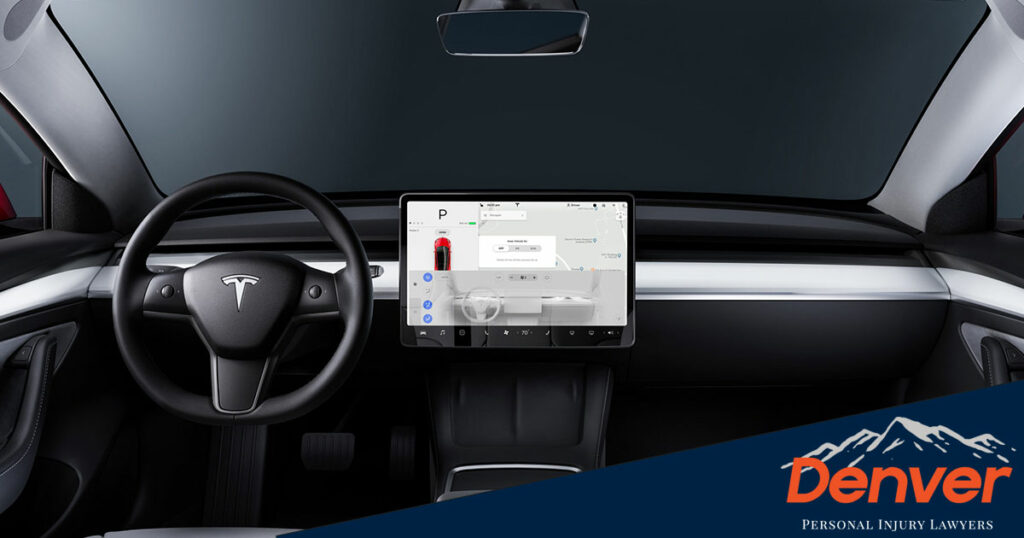 The technology in Teslas are changing the way auto accident injury claims are handled. If you were injured as a result of a Tesla driver’s negligence OR if you own a Tesla and want to help your case, please use this guide as a resource.

With modern technological advancements, electric vehicles like Tesla are among the fastest growing companies globally. In 2020, Tesla sold nearly 500,000 vehicles. Their electric cars are a modern symbol of eco-consciousness and luxury. But, how safe are their cars?

Recent accidents involving Tesla have resulted in severe consequences and even fatalities. Unfortunately, many drivers have learned that Teslas are not as foolproof as we thought.

Tesla has made public statements to protect its brand and made it clear that the driver is liable after an accident, even in “self-driving” cases. As a result, accident victims who have sustained injuries in Tesla accidents have learned that filing a car insurance claim or a personal injury lawsuit is far from easy. But, in some cases, it may be the only way to recover the compensation and recover for the accident damages.

What’s The Difference Between Autopilot and Fully Self-Driving Tesla Vehicle?

In September 2014, Tesla launched its first line of AutoPilot hardware, including one camera, a first-generation radar, and ultrasonic sensors. Then, in October 2020, Tesla released a Full “Self-Driving” beta program. In other words, it was a preview version released to the public before the final release. Some people have criticized Tesla’s decision to sell the beta software to untrained consumers as dangerous and irresponsible.

AutoPilot gives automated benefits like hands-free steering, braking, and acceleration. However, the company has publicly stated that drivers should not rely entirely on Autopilot. Moreover, recent accidents have shown that the autopilot system can make errors and cause accidents.

There have been numerous recent accidents with Tesla drivers who were relying on AutoPilot. As a result, the National Highway Transportation and Safety Administration (NHTSA) advises that a driver should always remain behind the wheel of a car, whether driving on AutoPilot or the Self-Driving feature. They estimate that by 2025, advanced versions of fully self-driving vehicles will be available to the public. They have also stated that with fine-tuned technology and proper regulations, self-driving cars can be advantageous for several reasons. First, they may help decrease human error that contributes to car crashes. In addition, we can expect a significant reduction in carbon emissions.

As of March 2022, there are 750,000 Tesla vehicles on the US roadways, all of which have the AutoPilot feature. We also know from Tesla’s internal safety reports that safety statics continue to improve. And in 2021, Tesla only recorded one crash for every 4.97 million miles driven per vehicle.

While Tesla’s overall crash per miles driven is low, there have still been several accidents involving drivers using AutoPilot. So in June of 2022, NHTSA decided to investigate whether Tesla’s driver assistance system could increase the crash risk. They will use engineering analysis to conduct a more intensive look at the vehicle’s reliability. The investigation will also examine whether Autopilot is associated with predictable risky behaviors by drivers while using the system.

The NHTSA’s investigation will cover 830,000 vehicles sold in the US and include all four Tesla models – S, X, 3, and Y – manufactured from 2014 to 2021. The process is predicted to take anywhere from several months to a year. If they conclude any safety defects, that may prompt grounds for the manufacturer to initiate a recall and correct any issues.

NHTSA has recorded 273 crashes involving Teslas from July 2021 to May 2022. As of December 2021, there are 284,000,000 registered vehicles in the US, and Tesla only accounts for less than 1% of them. Due to the relatively small prevalence of Teslas, it’s more challenging to determine how Tesla’s self-driving accident statistics compare to regular cars.

Despite Teslas representing less than 1% of all registered vehicles in the US, Tesla accidents always receive widespread media attention. In almost all Tesla accidents, criminal and civil liability questions arise. The NHTSA launched 22 Tesla-related investigations in 2021. Here are some Tesla accidents that have garnered some of the most public attention:

Determining liability in “self-driving” car accidents largely depends on retrieving the car’s black box or event data recorder (EDR). Until recently, the driver has almost always been found liable for accidents involving Teslas. However, now that NHTSA has launched an investigation into Tesla’s safety score, they may face partial responsibility in crashes involving AutoPilot or self-driving.

As self-driving cars improve and become more fine-tuned, we might observe a shift in liability from the driver to the manufacturer. Theoretically, this would occur with the mass production of autonomous vehicles.

As of now, liability is determined on a case-by-case basis. However, that may change in the future if NHTSA sets federal safety regulations for driver and manufacturer liability.

The manufacturer could be found liable as a result of:

On the other hand, we can establish driver liability with circumstances like:

What Is the Tesla Black Box?

Tesla’s “black box,” also known as an event data recorder (EDR), records information about vehicle crashes or accidents. In the US, all EDRs must meet specific federal standards as described in the US Code of Federal Regulations. The EDR is a powerful tool that can help analyze and understand crash dynamics. In addition to improving vehicle safety, it can serve as evidence in car accident cases.

For a company like Tesla, which relies heavily on data, EDRs are critical evidence after an accident. In the case of the valet driver discussed above, the vehicle’s owner contacted Tesla to retrieve the EDR report. Tesla claimed that they could not provide the EDR report due to legal reasons, but he was able to retrieve it through an EDR technician for $1,300.

The EDR is a highly technical report that may require an experienced technician to interpret and make conclusions. In addition, EDR data can vary depending on the automobile type and includes various sections.

What Can Your Lawyer Find Out From an EDR Data?

The pre-crash data section gives insight into the status of vehicle safety systems and speed. This section also provides data about:

Various sensors in the car help collect data for the pre-crash section.

This section of the crash data details the forces acting on the vehicle if a crash occurs. The EDR continuously records this data over minute intervals and includes information about:

Tesla collects a host of information from their EDR data through sensors in various placements throughout the vehicle. In the case of the negligent valet driver, the EDR report obtained by the Tesla owner was 70 pages long.

Teslas only records data through the EDR when it senses a significant physical event. Meaning it doesn’t record data under ordinary driving conditions. The primary purpose of Tesla’s EDR is to record crash or near crash-like situations, such:

How Do I Access EDR Data After a Tesla Accident In Colorado?

Tesla provides free and publicly available software you can use to access and obtain EDR data. While it wasn’t easy to retrieve EDR data in the past, Tesla has recently launched an EDR Resources Website. The website provides Tesla owners software and hardware needed to get EDR data. In addition, you can upload your data and generate a PDF format online.

To access EDR data, you need a Windows computer and the appropriate cables and adaptors. If you don’t own a Windows computer, you may need to borrow one or hire a technician. You will also need the Tesla EDR Retrieval program and a MyTesla account, which requires you to have access to a Tesla.

The software is free, but you must purchase the cables and adapter. You can find the appropriate set of cables online for varying prices ranging from $800 to $1,200.

While Tesla has made EDR reports more accessible, they don’t include Autopilot logs. That’s because the black box doesn’t record autopilot data. Instead, autopilot information is captured and stored separately. It is essentially kept confidential in Tesla’s remote cloud computer repository.

Tesla has previously used data logs to defend itself against claims made by owners who tried to blame Autopilot for the accident. This is an issue considering most Tesla accidents involve AutoPilot, which has injured or killed drivers or passengers.

What Is a Teslacam?

In addition to the EDR, Teslas have camera features. “Teslacam” refers to the comprehensive camera system in all Teslas. All current Tesla models have eight built-in cameras that allow for a full 360-view of the car’s surroundings. In addition to the camera features, Teslas also have ultrasonic sensors and a forward-facing radar. Teslacam has three distinct features:

What Should I Do if I Was in a Denver Tesla Accident?

Whether you own a Tesla or were hit by someone else driving one, there is a lot of work to do. Please contact a knowledgeable Denver Tesla accident lawyer as soon as possible to begin the investigation process.

Since the technology in a Tesla is unique and sometimes hard to obtain, you’ll need an attorney who understands how to handle the unique circumstances of these types of accidents. An experienced Denver Tesla accident lawyer can help you launch a thorough investigation to establish the liable parties in the crash.

If you or someone you know was involved in a Denver car accident involving a Tesla, contact us today for a free, no-risk consultation, or call (720) 500- HURT.